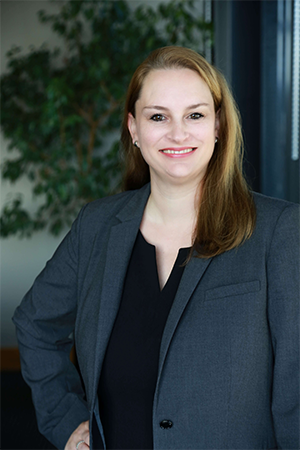 Kynna Garner has been practicing family law exclusively since 2005. She considers herself a trial attorney but also recognizes that for most clients, the best outcome is often one negotiated out of court. Kynna has represented clients from all walks of life in divorce, child custody, contempt, child support, and adoption matters from the highly complex to the uncontested. She also drafts and negotiates prenuptial and postnuptial agreements. She has experience litigating cases in Cobb, Fulton, Gwinnett, Forsyth and DeKalb Superior Courts and has also handled matters outside the metro Atlanta area. Kynna recognizes and appreciates that for her clients, often their family law matter is one of the most stressful experiences they will ever go through and strives to learn her client’s goals, priorities, and work hard to achieve the outcome her clients desire.

​Kynna is a graduate of Georgia State University College of Law where she was a member of the competitive mock trial team and earned honors in litigation, family law, and real estate law coursework. After law school, she had her own practice and spent a significant amount of time in the courtroom as a very young lawyer, giving her an invaluable “trial by fire” education in the practice of law. Kynna has been practicing law with Kathy Portnoy since 2007, as a partner at several of Atlanta’s premier boutique family law firms before forming Portnoy, Garner & Nail in 2019. Kynna (pronounced “Kenna”) resides in Cobb County with her husband and three children.

“Kynna Garner did a stellar job representing me, supporting me and advising me during a lengthy 2 1/2 year divorce. Under her direction, I was able to build a phenomenal ‘team”, which, in the end, resulted in a more than favorable settlement. I could not have asked for a better attorney and would HIGHLY recommend her to anyone seeking counsel during their divorce.”

“As a father of four, a business owner and someone struggling with significant financial and health issues my divorce was challenging and complex. Additionally, I was trying to overcome an awful temporary settlement due to the poor strategic approach of the first lawyer I hired. I was confused and frustrated, I knew I had to make a tough decision and seek new legal representation. From the moment I hired Kynna Garner and the firm she represents everything changed. As a direct result of her thoughtful professionalism, insightful approach and uncompromising commitment the temporary order was quickly amended. From there, working against a totally unreasonable opponent, Kynna and her team were relentless in their superb preparation, council and presentation of my case. After a two and a half year battle that went all the way to trial, not only was I extremely satisfied with my outcome, I knew I had a friend for life.

I strongly recommend Kynna Garner as your FIRST choice. I can’t thank her enough and could not have asked for more.”

“Ms. Garner represented me in a recent custody issue and I cannot speak enough regarding her preparation, her responsiveness, her council and even her availability (which is stereotypically unusual for lawyers). In short, she intimately knew the details of my case at trial which speaks not only to the preparation but also the fact that she clearly must have really listened to each of our conversations we had over the last seven months and must have also read each and every email. I would recommend her without any reservation and actually already have.”