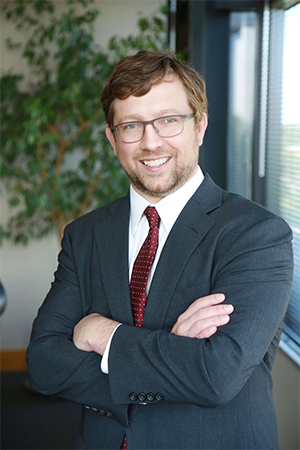 After spending more than a decade at two of the country’s largest law firms, Garrett became a founding member of Portnoy Garner & Nail in 2019. During his career, Garrett has litigated and tried civil and criminal cases in Georgia’s state trial courts, bankruptcy courts across the country, the federal trial courts, the Georgia Court of Appeals, the Georgia Supreme Court, and the Eleventh Circuit Court of Appeals, among others.

Garrett is known as a creative lawyer with a knack for finding consensual solutions to difficult issues. Where resolution is not possible, Garrett has a long record of fiercely advocating for his clients both in and out of courtrooms to ensure that their rights are protected.

Garrett graduated from Georgia State University’s College of Law in 2007 ranked first in his class out of nearly 200 students. During law school, Garrett worked in the chambers of the Chief Judge of the United States District Court for the Northern District of Georgia, served as an Editor of the Georgia State University College of Law’s Law Review, and was selected to the Outer Barrister’s Guild.

Prior to joining Portnoy Garner & Nail, Garrett was a partner at Thompson Hine LLP, a national law firm, where he practiced for 8 years. Prior to that, Garrett was an associate at Troutman Sanders LLP, one of Atlanta’s largest law firms.

Garrett lives with his family in the Roswell area. Outside of the office, Garrett is an avid reader, cook, fan of Georgia’s sports teams, and may often be found taking advantage of Georgia’s beautiful nature and outdoor activities. Garrett has also started several businesses, including a real estate holding company and Roswell’s first brewery, Gate City Brewing Company.